Select_one_from_file issue with the latest update

I am using select_one_from_file for one year, but since the lasted update, now I can not use it. After deploying the form and uploading the CSV files to the server from the Media section, the Enketo load the form correctly the first time, but after that it throughs an error (Image is attached): 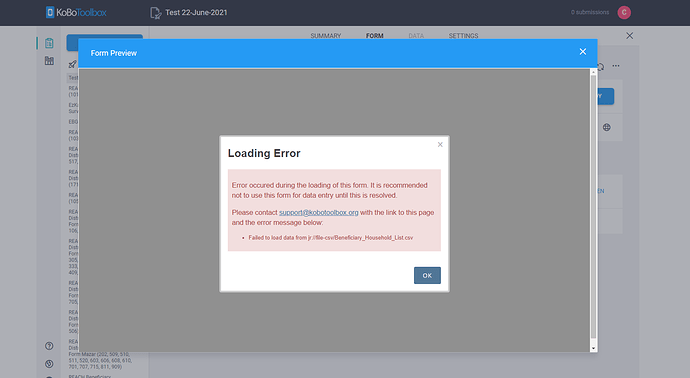 error1648×905 58.2 KB
And the forms are not downloading to ODK Collect android application as well and throwing an error (Image is attached)

processed1080×2219 184 KB
It is worth mentioning that the previous forms I deployed before the latest update, are all working and downloading to the Android application.
Kal_Lam June 23, 2021, 9:26am #2

Did you upload your CSV file and then deploy/redeploy? The workflow now is as follows:

Thank you for confirming @esmatullaharifi!