Some data field is missing while data call by API

this is my kobo survey from
https://drive.google.com/file/d/1dCYKbGmVajhx0p0qBwBgzHCFH_IJXhns/view?usp=sharing

this is my menually downloaded data 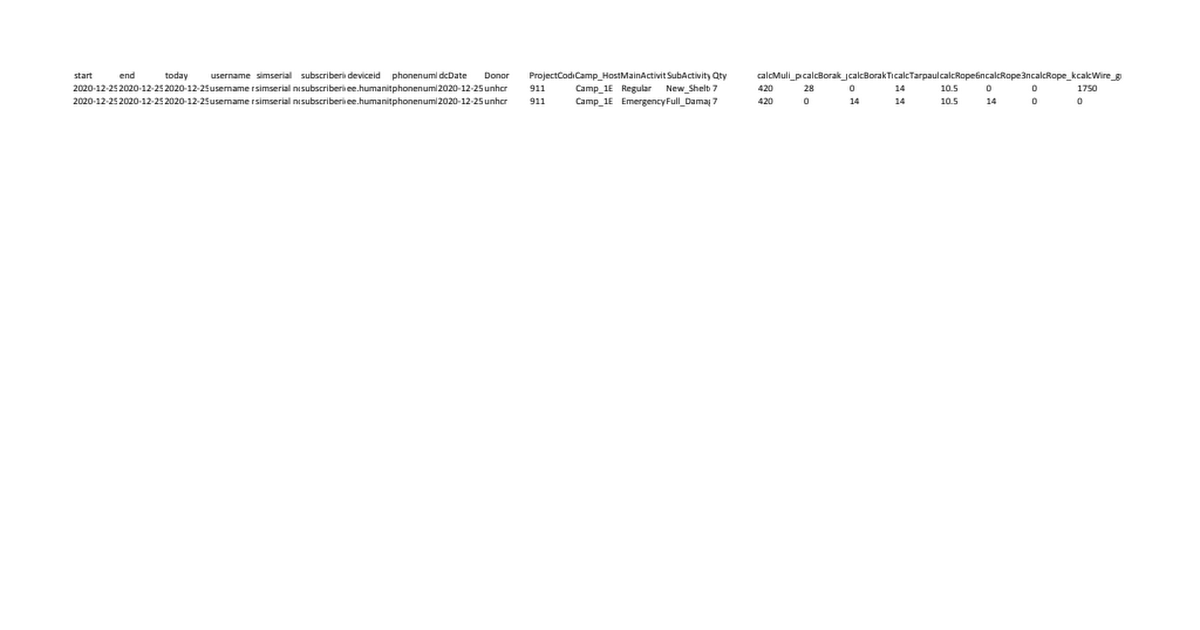 and this is my api json data 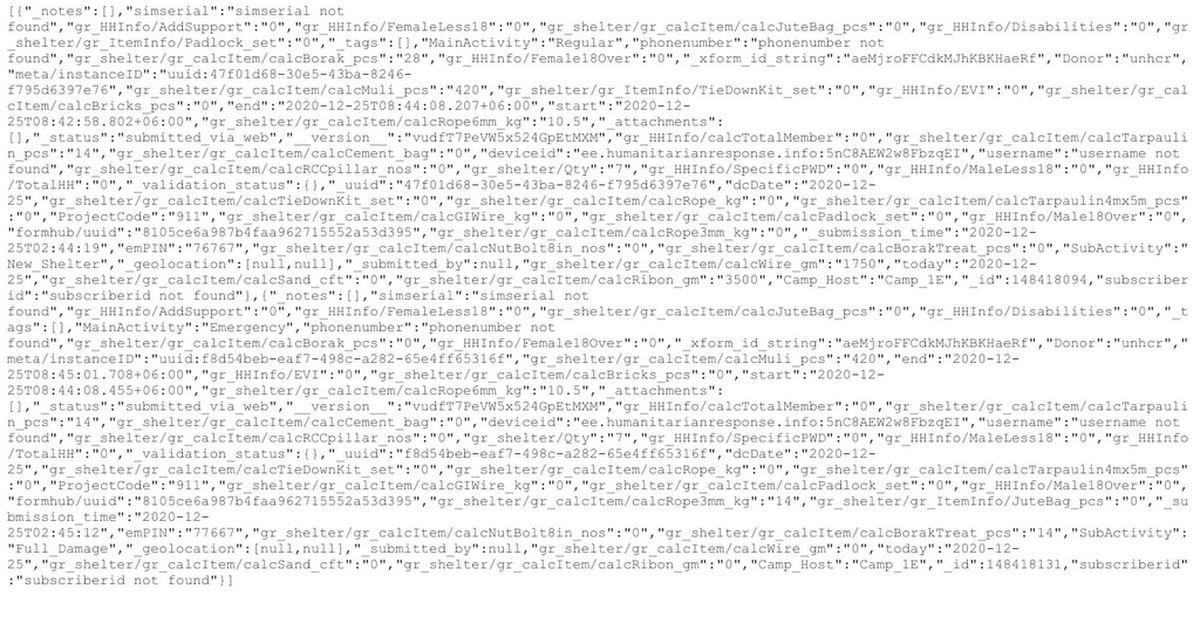 in there so many data field is missing

thanks in advance
mizan

Thanks. I was able to get what I needed. This is essentially a solution to the problem I posted regarding downloading submissions as an xls file. So I explore the API docs and i found this example: curl -X GET 'https://kc.kobotoolbox.org/api/v1/data/22845?query={"date": {"gt$": "2014-09-29T01:02:03+0000"}}' I came across this post that clarified this example: So the greater than operator is not gt$ but $gt and to get submissions past a certain date, you need to compare it with the _…

I think your form is working correctly.

What i noticed is that only those questions in 9. Item Information Group:
that have responses are included in the JSON text. If the questions have no replies, they are not part of the JSON text.

Try to fill up another form and this time answer all the questions in 9. Item Information Group:. I think that this time, the JSON text will be complete.

Thank you for your kind support.
My problem is solved

Expecting the same in the upcoming days as well

@raffy_m and @Kal_Lam brother i am in a problem while I am trying to get data using API, in the survey form has one repeated group, if I download excel there two sheets in one file there have a relationship between sheets, but API returns only data without indexing or relation with two data model.

@mizanvai
In Excel, the parent - child relationship is clear because child objects (the repeated group) which are found in the second sheet share the same ID number of the parent which is in the first sheet.

When using the API to get a JSON text of your objects, it is only the parent that gets the ID, in this case the _uuid, and the child objects do not get any. The reason is that the relationship is already implied in the way the JSON text is written.

The JSON text that is returned by kobotoolbox, if it contains repeating groups, has this pattern:

Pls take note that comments in the form of // are not allowed.

You can tell the objects under question_3/repeat_group are embedded because they are inside an array. We can tell they belong to an array because of the bracket symbols - [ and ] . So any objects inside the braces are child objects, thus establishing a relation.

reply_repeat_1 and reply_repeat_2 are the first items of the repeating group. Notice that this group is inside curly braces - { and }

reply_repeat_3 and reply_repeat_4 are the second items of the repeating group. The second groups is also inside curly braces.

If you want to save the data in the JSON text to a database, then you have to create an identifier and assign it to the parent. The same identifier is also assigned to the child objects thus establishing the relationship. This is how I did it in my application. I did not try to find out if there is a better way to do this.