What is the general goal of the feature?
To create a checkbox in the Form Builder UI to chose Audit logging feature in Metadata

What are the most likely user stories for how and when this would be used by someone on your team?
If a user has been using the Form Builder and wants to include Audit logging, it would be easier to add that in the Form Builder than to download, edit and reload an XLSForm.

Can you sketch out graphically how you think this should look/work in practice? 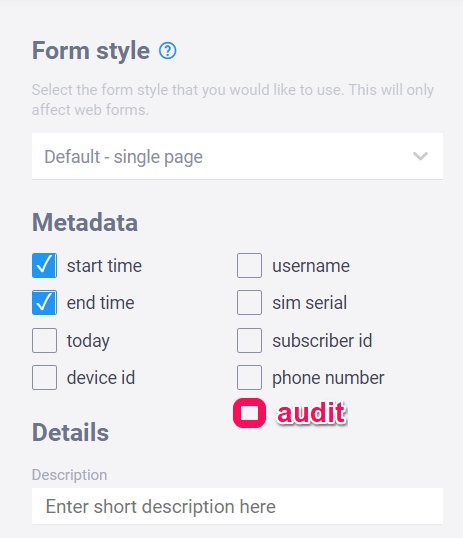 How useful would this feature be to other users or organizations?
Feature is already supported using XLSForm, but it may be nice and convenient to have option of selecting it in the Form Builder Metadata section.

What can you contribute to making this feature a reality?
UI Design
Testing

Glad to inform the community that KoBoToolbox now supports the audit checkbox under the Metadata as shown in the image below: 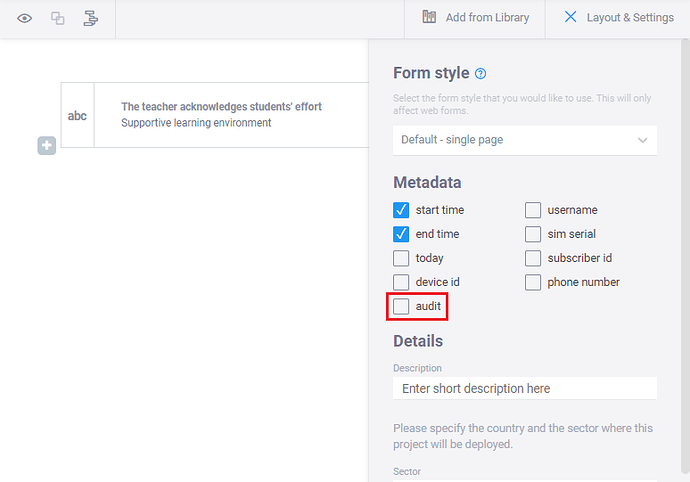