Image should show up, also on re-edit 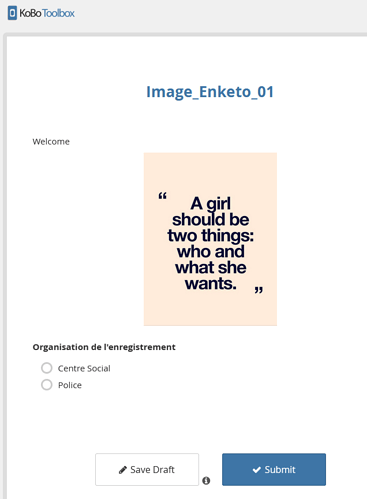 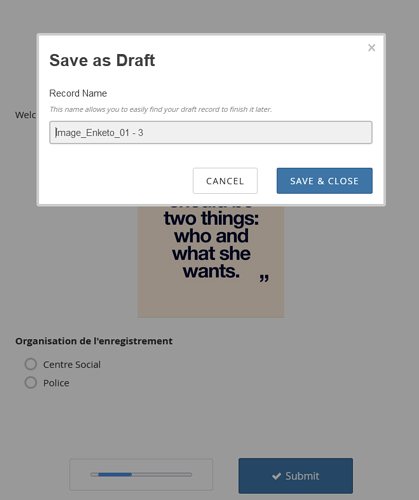 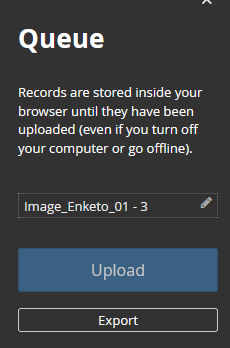 After save draft, re-editing 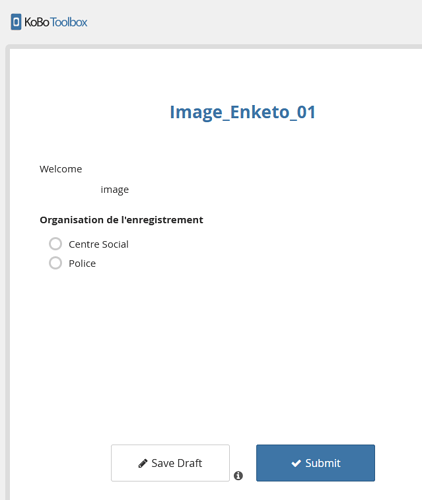 But after another action, like save or submit the image will re-appear 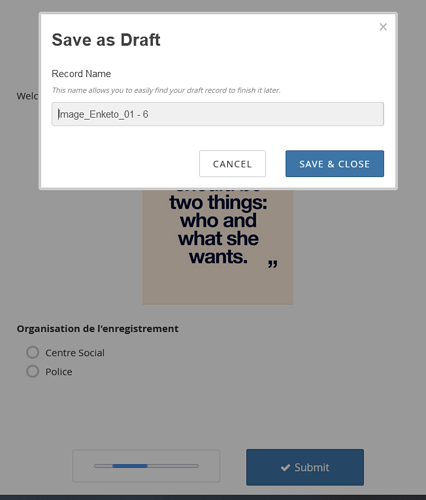 There is no problem when editing submitted cases on the server.

@wroos, could you provide more details on this (what was it that you did at this phase):

But after another action, like save or submit the image will re-appear

Dear @Kal_Lam,
See last two screenshots, please. If you click on save as draft, the image reappears in the background. Or go on with “charger l’enregistrement” (next one).

Sorry, I reset the tag: It is not edit submission, but edit draft. I hope you agree.

Hi @wroos, I apologize for not responding sooner. I have confirmed the bug and will write up an issue about it — just to clarify, the issue is with media included as part of the form such as an image displayed with a note question and not for uploaded media as part of the data collection.

@wroos you can track the issue here

**Describe the bug** If the form contains media, such as an image in a `note`… type question, the media does not load if a draft record is loaded for editing. **To Reproduce** Steps to reproduce the behavior. If applicable please include the smallest possible XLSForm or XForm (as zip or link). 1. Create a form with media **survey** | type | name | label | media::image | | --- | --- | --- | --- | | note | an_image | Image | image.png | 2. Open offline form and save record as a draft 3. Open the draft record 4. See image is missing **Expected behavior** The image displays as it would normally. **Additional info** Reported in Kobo forum: https://community.kobotoolbox.org/t/image-not-shown-on-edit-of-draft-after-save-in-enketo-kobotoolbox/26439