Manually enter/select the location from my map

How can I have the GPS detector in the Kobo app? 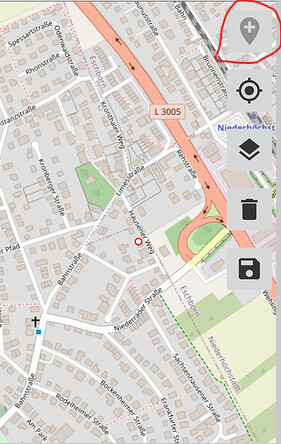 @iraq_habitat, could you explain what you mean by GPS detector?

I’m not sure what is called but as appears in attached picture the one that can be determined any place manually on the map.

So you wish to manually enter/select the location from your map?

If this is the case, maybe you could use the placement-map under the appearance as outlined in the post discussed previously:

Have you tried using the placement-map under the appearance column while designing your xlsform as outlined in the image below (it should solve your issue): [image] Reference xlsform: placement-map.xls (30.5 KB)

only it works from excel or from Kobo form in appearance section can be done also ?

@iraq_habitat, you could type the placement-map manually under the Appearance (Advanced): as shown in the image below:

Could you show us a screenshot of the same from your App so that we understand clearly?

Would you mind resetting your app and then try it again. You should press to a map for a long time and then press the SAVE button.

OK, now I have it, Thank you