I have created the group with few questions in KoBo form design but later it doesn’t show those questions. Only show group name as below; 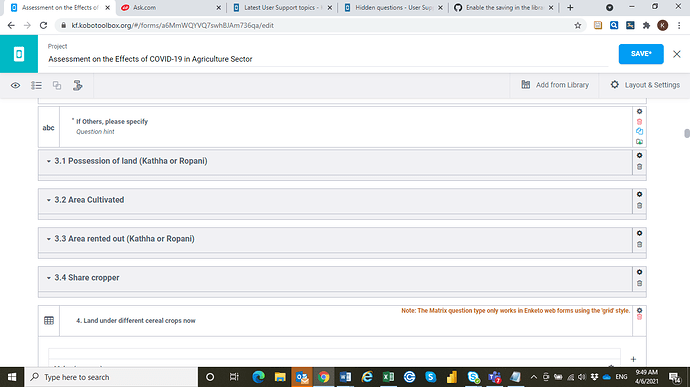 Welcome back to the community, @plan! Would you mind sharing with me the following information through a private message?

Maybe we could have a look at your issue more deeply.

Please find the below information.
username: xxxxxxx
Project: Assessment on the Effects of COVID-19 in Agriculture Sector
Server: https://kf.kobotoolbox.org/#/forms

@plan, while viewing your questions through the xlsform I could not see any questions within the groups. It’s likely that you did not save the changes you made while designing your survey project. 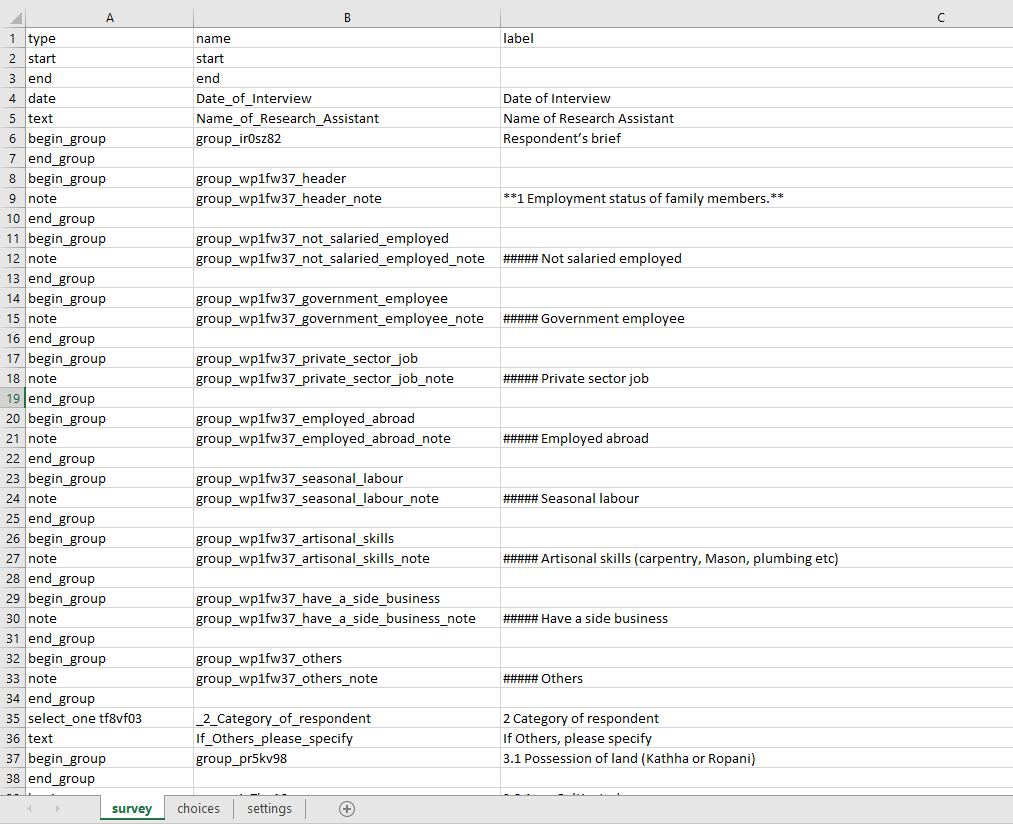 But at the same time curious to know on how it happened? Could you kindly brief us a bit so that we could keep an eye on it.

@KalLam, i had designed the few questions in a group and i logout. But another day when i opened the form it doesn’t show those questions. Any way, i created another questions again.

@Kal_Lam, the same issue I have again faced as I have re-created the groups with few questions and deployed the form. Later, I wanted to revised/edit form and opened the form the questions of groups doesn’t show. However, I did down load get blank form in to mobile phone and tried to test collect data through fill blank form, it show all questions in group in mobile but it doesn’t show in form design.

@plan, this seems interesting. Could you let us know the name of the survey project so that we could have a closer look at it?

@Kal_Lam, Last-Assessment on the Effects of COVID-19 in Agriculture Sector is project name and user i have already shared above.

@plan, will have a look at it and get back to you.

@Kal_Lam, Thank you so much.

@plan, the grouping questions are visible even in the form builder UI:

Could you check the same at your end, please?