Would like to inform you that we have recently updated our support article Pulling Data Into Excel Power Query. 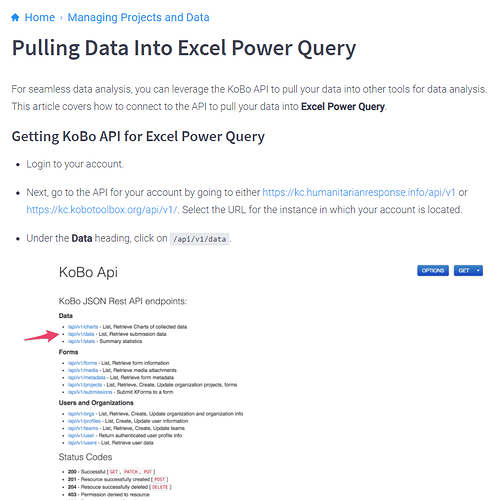 Please visit our Help Center Page to learn more about other support articles. 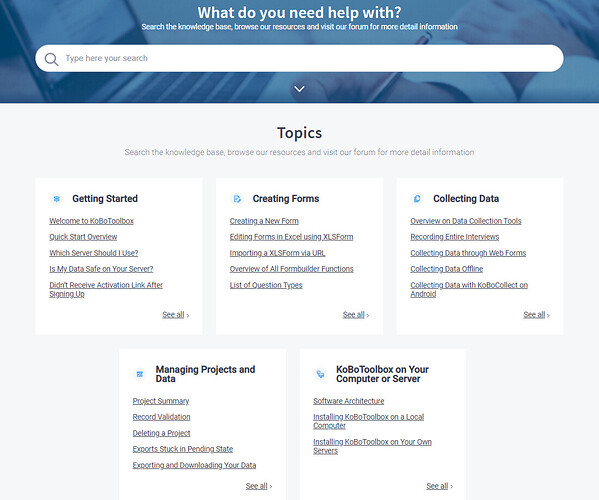 Thanks @Kal_Lam it’s brilliant that the support article has been updated. Just one thing to check though - this support article still refers to /api/v1 but I thought you were encouraging everyone to move to v2?
https://support.kobotoolbox.org/api.html

This is copied from some private correspondence I had a while ago. Perhaps it’s useful to someone in this format, until more official documentation is developed for the new API

@jnm what’s the current expectation around API versions? Are both v1 and v2 supported equally for the foreseeable future?

Thanks again for the documentation update @Kal_Lam

Hi @nat, currently only the KC v1 API has synchronous XLS exports and therefore will continue to be supported until a new (and improved) equivalent is released in KPI’s v2 API. I imagine there will be an overlap where the v1 endpoint will hang around until we eventually phase it out in favour of v2.