While still doing training to colleagues with Kobotoolbox, we discovered that the submissions dates appearing in the “Summary” windows were 1 day earlier than the actual dates of submissions.

See below for exempale : I did two trainings, one on May 20th and another one on June 3rd, where my colleagues sent (live) their submission to a questionnaire.
For some reasons I can’t explain (see screenshot below) the report in the “summary” windows show that a first set of submissons was received on May 19th (1 day earlier) and a second set of submissions was received on June 2nd (1 day earlier again). 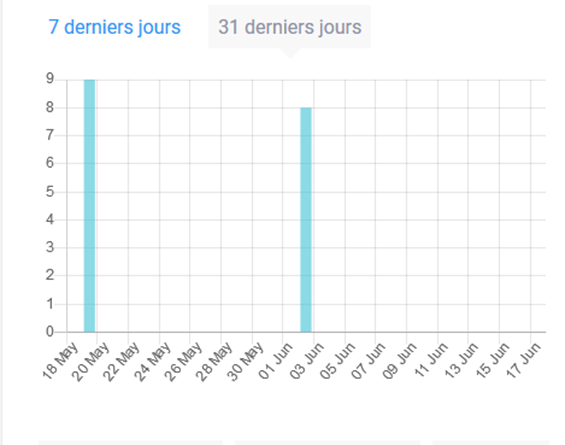 I wonder if this is due to some Time zone settings problem between Kobo/ODK collect / smartphone settings ?
I barely believe it could be this : all the 17 submissions produced the same bug and I’m almost sure everyone had at least the good time and date on its smartphone.

Or a mysterious French/English version ?

I spent quite some time if there was any way to manipulate time-zone settings with ODK or Kobotoolboox and didn’t find any settings for this.

This is why I call for help to the community

Thank in advance for any advice to fix this problem.

Would you mind sharing the submitted data in tabular format too. That would help visualize the problem further clearly. I just made a check on kobotoolbox.org (HHI server) and see that they are working absolutely fine form my end. Please see the image below: 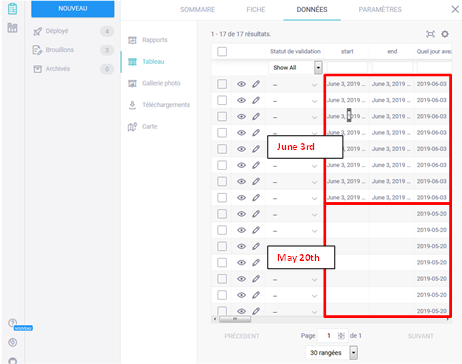 And below is the report in the summary window : ti show that submissions were on June 2nd and May 19th… (???). 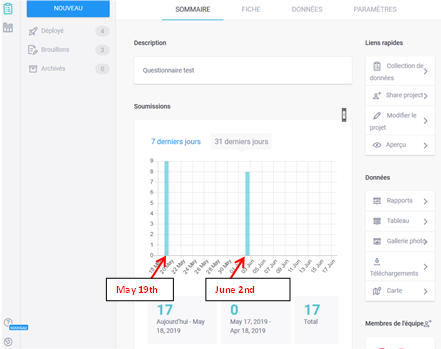 What do you think ?

By the way, I don’t understand why it gives me the date of today: “june 11th” below: 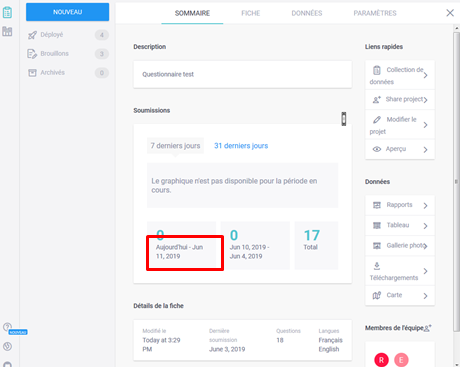 Difficult to understand what it means.

Thank you for any advise.

Thank you very much !
That explains everything !