Where is the "instance_name" of KoBoToolbox?

There are two ways to define an instance_name in KoBoToolbox. The first way is as mentioned in the xlsform.org (shown in the image below):

The second way can be done by simply changing the name of the saved form (while collecting data through KoBoCollect android app) to a desired name under Name this form (at the end of the survey, as shown in the image below): 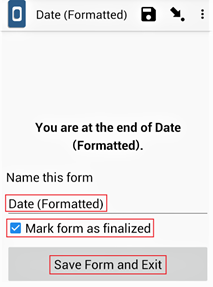 Name of Form
Please read our documentation and tutorials at the