Display and allow restoring all previous versions in the form history

What is the general goal of the feature?

Allow users to access all previously saved versions of their forms. Every time the form is saved, kpi already saves a new version on the server, which are accessible through the API. At the moment only previously deployed versions are listed (when clicking “Show full history”). If a user saved the form several times without ever deploying it, none of these versions are accessible through the UI.

Nice to have: Instead of cloning a form as a new project, the user should be able to restore the form within the same project.

Can you sketch out graphically how you think this should look/work in practice? 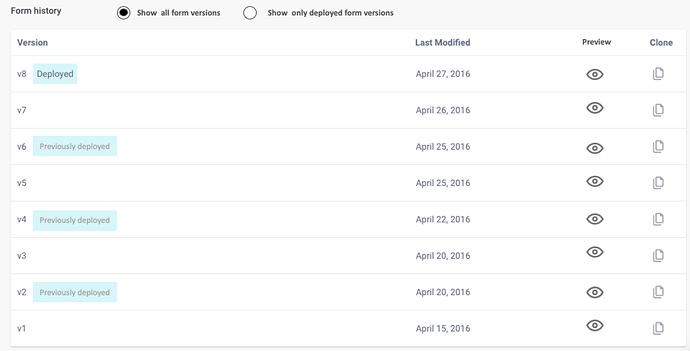 How useful would this feature be to other users or organizations?

Would be useful to anyone with complex forms build in the formbuilder.

What can you contribute to making this feature a reality?