For the audio files I used .wav files and inserted the file name under media::audio::Hindi (Hi) for example. The survey works as intended on the web page with the preview but not on kobocollect.

Welcome to the community, @AWO! Have you validated your xlsform through this online validator to see if there are any syntax issues in it?

Yes sir @Kal_Lam it is valid and operating swiftly an no issues exist in itAudio test 2.xlsx (12.1 KB)
I have attached the file here as well if it helps

OK, have you redeployed your project after adding the media files to the server? Could you redeploy and see if it solves your issue? Feel free to reach us back.

I have re-deployed it multiple times today and yesterday with no change, again its working fine on web but not on Kobo collect

OK, one final change. Could you rename your media file from 1.wav to one.wav and so on to see if this fixes the issue?

tested again, renamed in xls and renamed the actual files, the same issue happens, upon selection of language with an audio file its a sudden crash of Kobo collect. I have version 1.30.1 installed

@AWO, would you mind sharing with me the following though a private message (maybe I could have a closer look at my end):

How do i send a private message to a user in the community forum? User Support

@AWO, there seems to be five different languages but i see you have added media to only 3 of them. Add media to other languages too and that should solve you issue:

In addition, I also see a missing label for Bangla: 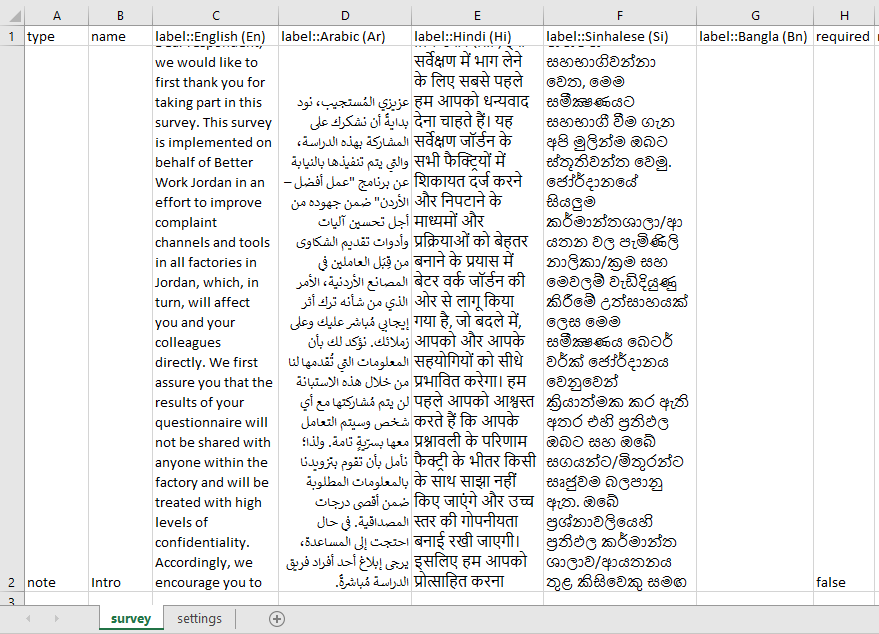 Thank you much dear sir, it worked when I removed the two languages without media, I was under the impression that we can be selective about media files such as showing them in some languages and discarding them in the rest