Hello! I was trying to create custom reports by grouping my collected data, and now every time I click on the Data button it takes me to a blank page, and I can’t see my collected data anymore!!

Would you mind sharing your KoBoToolbox User Name, Server you are using (OCHA or HHI) and the project name in a private message so that we could have a look at our end to see the issue.

HAVE a GREAT DAY!

I dipped into the issue you reported and saw the following screen when trying to view the custom reports under DATA>Reports (from the project name you provided):

I then downloaded the xlsform (survey questionnaire) and made some changes (especially renamed the header of the constraint message, which was named something else) to it and then uploaded as a new project (with the project name Error Form for Testing) which you should also be able to see it in your account. Deployed the same and filled a sample dummy response to see whether the same error is seen even after making changes to your survey form (xlsform).

I was now able to see the custom reports under DATA>Reports as seen in the image below: 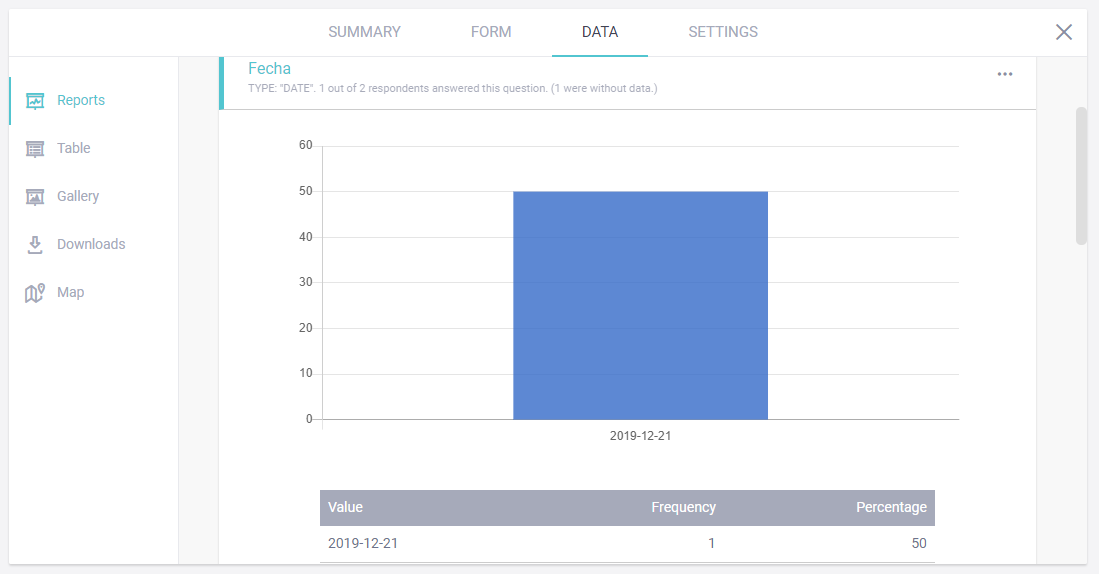 Issue Identified: The issue you are facing is not the system error within KoBoToolbox custom report (which you assume). In-fact its an error caused due to form design.

Way-out: Check out the form that i have uploaded named as Error Form for Testing (which i have also attached the same below) and see if it’s OK. Rename the same and redeploy it (if everything should be OK).

Please let us know if this sorted out your issue!

HAVE a GREAT DAY!

thank you so much!!! Thanks for your time and worries!!, I’m really so sorry that it was my mistake in the XLS form (this XLS I copied from a guidance form found in https://enke.to/::grid ).

I would like to stand out that the help you have given me at KoBoToolbox is much better than most of the support of paid software!!

My best wishes for you and the KoBoToolbox team.

Dear @Kal_Lam @stephanealoo ,
I have faced the similar problem of getting blank on Data > Report. The problem arose since i switched from default report to custom report. I have checked couple of discussions regarding this problem. Unable to open Data-Report and Problem in viewing custom report. It didnt help me out. Please could you check what went wrong in my project.

Could you please provide us with some additional information on what was the last action you performed. It would help us know more about your issue. 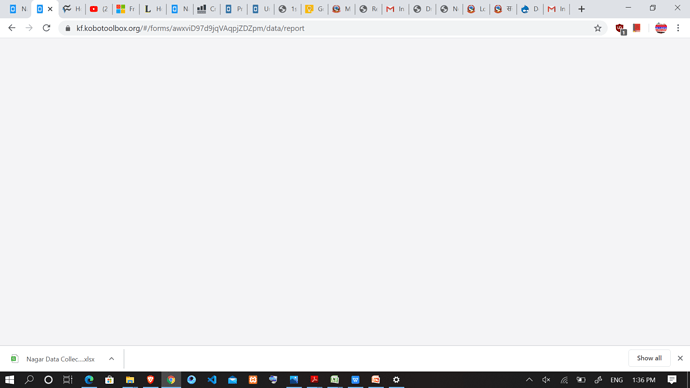